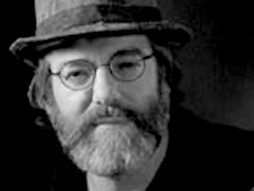 Paul Stamets on 6 ways mushrooms can save the world


Why you should listen to him:

Entrepreneurial mycologist Paul Stamets seeks to rescue the study of mushrooms from forest gourmets and psychedelic warlords. The focus of Stamets’ research is the Northwest’s native fungal genome, mycelium, but along the way he has filed 22 patents for mushroom-related technologies, including pesticidal fungi that trick insects into eating them, and mushrooms that can break down the neurotoxins used in nerve gas.

There are cosmic implications as well. Stamets believes we could terraform other worlds in our galaxy by sowing a mix of fungal spores and other seeds to create an ecological footprint on a new planet.

“Once you’ve heard ‘renaissance mycologist’ Paul Stamets talk about mushrooms, you’ll never look at the world — not to mention your backyard — in the same way again.”